We all know that Vatican City is the smallest country in the world and is one of the most significant Christian holy lands. It is an independent nation which is home to 801 people and is only 0.44-kilometer square compared to Monaco’s (the second smallest country) 2-kilometer square. It also houses St. Peter’s Basilica, the largest church in the world which holds 60,000 people at one time and covers more than 5 acres of land.

To reach the top of the Basilica, you can either take the elevator or climb 551 steps, less if you wish to stop at the dome designed by Michelangelo. Although, before you visit the only (entire) country on UNESCO’s world heritage site, here are some lesser known facts about Vatican City that will make your visit more noteworthy:

1. It has citizens even though no one is born in Vatican City:

There are no hospitals in Vatican City, and so it makes sense that the country does not give you citizenship based on birthright. In fact, citizenship is temporary and is based on “Jus Officii” referring to someone who works for The Holy See. Once this appointment end so does the citizenship. Still, all citizens have passports and full rights.

2. Despite being a country, there are no passport stamps, but Vatican City does mint its own coins:

In 2002, the Holy See started to mint their own Euro coins which can be freely circulated throughout the entire Eurozone. There are different series of coins minted depending on the election of the pope, and each series looks different. For example, the first one depicted Pope John Paul II while the third featured Pope Benedict XVI. Regardless, all coins are collectibles and command very strong premiums since it could take years to own them.

3. ATMs in Vatican City are in Latin:

For all Classics majors, this is the place to show off your Latin skills. Vatican Bank ATMs are the only ones in the world that offer Latin as a display language alongside English. French and other languages.

4. Vatican City has the highest crime rate in the world:

Vatican City has a very small officially recorded population, and it has been decreasing over the years. With a current population of 801, it isn’t surprising that the crime rate is listed at roughly 1.5 crimes per person. However, these crimes mostly consist of petty theft which is why thousands of tourist still visit it every day. With an influx of so many tourists, pickpockets are bound to swoop for some hefty cash while visitors remain awestruck. 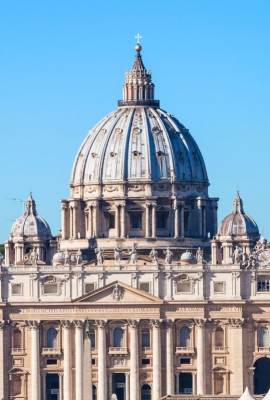 5. The Center Altar of St. Peter’s lies directly over the first pope’s tomb:

The Baldacchino or the Center Altar of St. Peter’s Basilica is mostly made of bronze taken from Roman monuments including the Pantheon. It is 96ft high and is directly in front of the Chair of St. Peter; you can’t miss it. However, underneath this alter, lies St, Peter himself and directly above it is the center of the Basilica’s dome.

During your visit, you will notice guards dressed in bright blue, red, orange and yellow uniforms manning checkpoints and partaking in ceremonies. These are the Pope’s bodyguards, and they are all Catholic, single males between the ages of 19 and 30. They are also at least 5 ft 8 and 1/2 inches tall and Swiss citizens with basic military training. 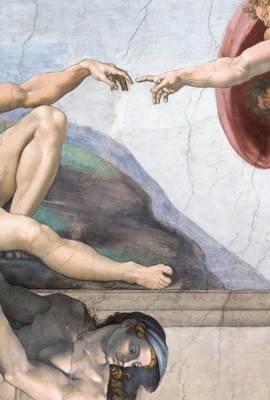 The Treasures of the Vatican Museums

7. The largest art collections can be found in Vatican Museums:

These museums are an art enthusiast’s dream come true as they have 54 separate galleries with 1400 rooms and some of the finest pieces including works by Raphael, Michelangelo, and Leonardo Da Vinci. The museums have over 9 miles of artworks that can wrap 4 and 1/2 times around the Vatican walls.

Vatican City has a rich history and many secrets that make you want to spend all your time uncovering them. It is one of the most visited countries in the world for good reason and will make an unforgettable trip. So be sure to plan your next visit to Rome and unravel the secrets of the Vatican city.

Don’t miss out to check this fast-track e-ticket combined with a fascinating audio tour for the Vatican Museums and enjoy sightseeing, the expedited way!

The Treasures of the Vatican Museums