Ada Lovelace Day has a special meaning to me. She, along with other female scientists paved the way for women working in the STEM industries. All of them are an endless source of inspiration and motivation for many women and girls all around the world.

I was born in a mountain village in Peloponnese called Andritsaina and I finished my basic and secondary education in its historical school. An important influence on my development is the Public Historical Library of Andritsaina, a gem of knowledge situated in the area I was spending almost all of my days. While I was growing up I changed my mind several times about the profession I wanted to pursue. I had a great love for mathematics and science but also for theater, architecture, literature, history and mythology. My final decision, regarding the studies of programming, was determined by a relevant course that I attended in the last grade of high school, which included some very simple principles of programming.

I studied Electrical and Computer Engineering at the National Technical University of Athens with a degree in Computer Systems, Computer Software and Telecommunication Systems and Computer Networks. Much of my research for my thesis was the study of guided tours for museums. At university, I had the opportunity to do a lot of math and algorithms. I distinguish the field of Discrete Mathematics, Number Theory and Cryptography. What I really like about programming is the algorithmic way of thinking you need to have as well as the constant evolution and learning.

I found the place where I can combine both

My trip to Clio started three years ago when I conducted my internship. From the first day I realized that the company’s working culture was the ideal environment for me. I could combine programming with all the arts I love. It is especially important for me to work in an environment that is not only technical. On a daily basis I come in contact with history, mythology, topology and more.

My work in Clio Muse Tours includes UI / UX designing, building for the backend as well as the front end. I’ve been contributing code for our booking engine, our authoring tool, as well as our Android application.
What I’m mostly proud of though, is our Tour Experience platform: our tool for taking our self-guided digital tours on the web. I designed and built it from scratch under the guidance of other members of our team. It was the first project I undertook and set up from the beginning in Clio Muse.

As I often call it “my first child,” I am more than excited that today we are in the design phase of the next edition of the Tour Experience as well as a suite of alternative ways of presenting and highlighting content. No wonder, I look forward to starting to implement it. It is an implementation from scratch with innovations and the use of new technologies.

On the occasion of Ada Lovelace (ALD) World Day, I would like to mention some of the female scientists I single out. ALD is an annual event celebrated on the second Tuesday of October. It is an international celebration of the achievements of women in science, technology, engineering and maths (STEM). It aims to increase the profile of women in STEM and, in doing so, create new role models who will encourage more girls into STEM careers and support women already working in STEM.

In general, the list of women that I admire and in some way influenced me is very long and includes personalities from various fields. As far as the sciences are concerned, the following occupy a special place for me:

Hypatia was a Greek Neoplatonic philosopher, astronomer and mathematician. It is remarkable that Hypatia became head of the Neoplatonic School of Alexandria. She taught students from all over the Mediterranean mathematics philosophy and astronomy. She was horribly and torturously murdered by a mob of fanatical Christians. Unfortunately, we know only a small part of her work as her mathematical writings were destroyed in the fire of the library of Alexandria.

Augusta Ada King, Countess of Lovelace was an English mathematician and writer. She is considered the first computer programmer. Ada collaborated with inventor Charles Babbage on his general-purpose computing machine, the Analytical Engine. In 1843, Lovelace published what we would now call a computer program to generate Bernoulli Numbers. This “design” is considered by historians to be the first computer program. Also, in the same article she predicts that, in the near future, a similar machine could not only solve mathematical problems but also compose complex music and art, given the right programming and inputs. Lovelace was the first person to foresee the creative potential of the Analytical Engine.

Her contribution was recognized when in 1980 the U.S. Department of Defense introduced a programming language, which she named Ada in her honor. Also, the British Computer Society (BCS) awards a medal with her name every year.

Maria Salomea Skłodowska-Curie was a Polish physicist, chemist and teacher. In collaboration with her husband, Pierre Curie, she discovered radio and studied the effects of radioactivity. She also discovered polonium and was the first woman to become a professor at the Sorbonne University. Despite the adversities that accompanied both her efforts to study and her recognition as an equal member of the scientific community, she is the first woman to have won a Nobel Prize, the first person with two Nobel Prizes (Physics and Chemistry) and the only one until today to have won Nobel Prizes in various sciences.

Joan Clarke was an English cryptanalyst. She was well known for her role as a code-breaker at Benchley Park during the Second World War. She was the only woman there to work on decrypting the German messages. The Germans had successfully developed a device called an Enigma machine to protect commercial, diplomatic and military communication. Enigma decryption helped to shorten the war and saved countless lives on both sides of the conflict.
Alan Turing who also worked on the same project is also a very special scientist for me.

INFO: Due to gender-based pay discrimination, Clarke was getting paid less than her male coworkers. According to reports, “There was no policy in place for a senior cryptanalyst who was a female and that’s why she was eventually promoted to a linguist so that she might get a pay-raise, even though she didn’t know any other languages.“ 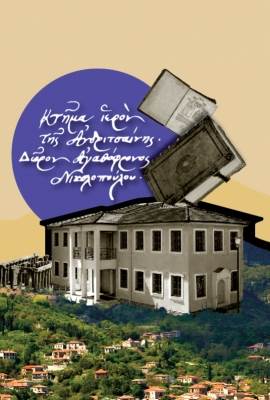 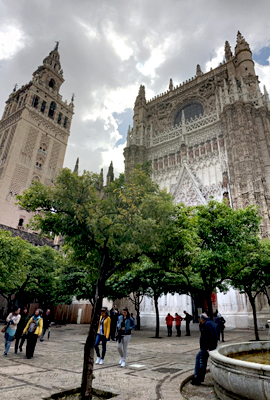 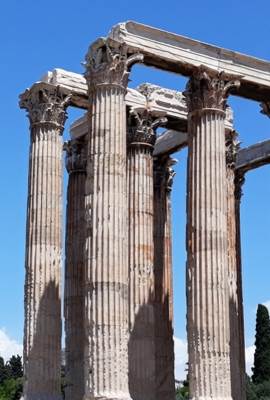