We can say so many things about the Acropolis. We can write for days.

If we read whatever other people have already written about the subject it would take years and still, there would be always something more to be said.

But let’s start with the basics, shall we? It is remarkable how many people have these questions in mind, so I  gathered them and created a list to help you get the answers!

So if you want to know about the marvels of the ancient world, keep reading! Here are 22 FAQs about the Acropolis of Athens.

1. What is the difference between the Acropolis and the Parthenon?

The Acropolis is the rocky hill in the center of Athens that contains several temples. One of them is the Parthenon.

2. What does Acropolis mean?

3. What does Parthenon mean?

Parthenon derives from the ancient Greek word parthenos=virgin, and it means “virgin’s chamber”.

The Parthenon’s architects were Ictinus and Callicrates, while the famous sculptor Pheidias was in charge of the sculptural decoration.

5. Whose vision was it / who was responsible?

Following the sacking of an existing temple at the spot by the Persians in 480 BC, the temples on the sacred rock laid in ruins for years. In the mid-5th century BC, a new building program was begun by Pericles, to show the wealth and exuberance of Athenian power. It included the construction of the Parthenon as we know it today. 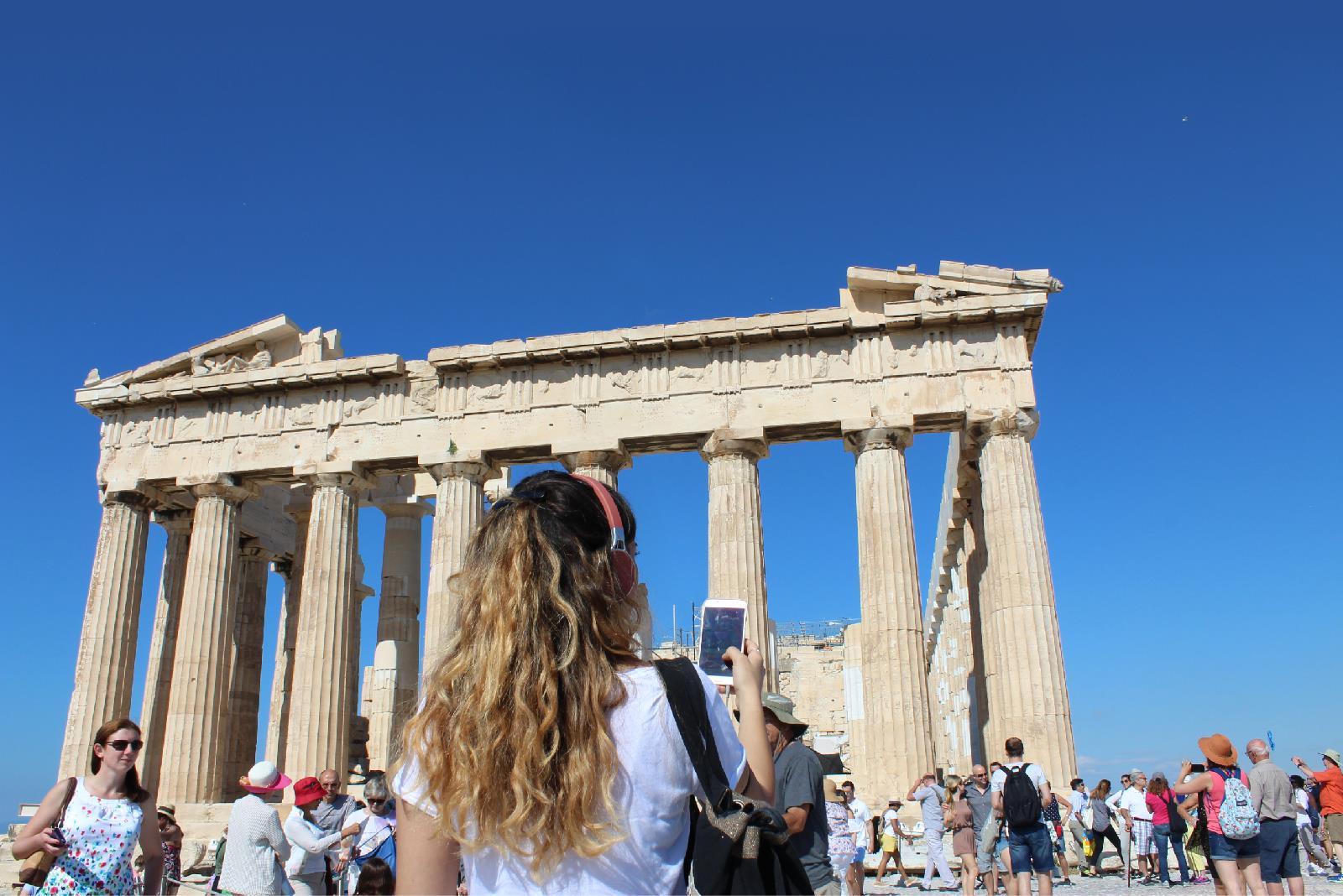 6. Who was the Parthenon built for?

It was built to honour Athena, the patron goddess of Athens, and also to indicate the prosperity and opulence of the powerful Athenians.

7. How many years did it take to build the Parthenon?

Believe it or not, the construction of the temple lasted nine years, from 447 to 438 BC, which is amazing, given the circumstances. The pedimental sculptures were completed six years later, in 432 BC. So it took only 15 years for the builders and the sculptors to complete the project.

8. Ηow old is the Parthenon?

The Parthenon stands there from its construction in 432 BC and is 2450 years old.

9. How much did it cost to build the Parthenon? 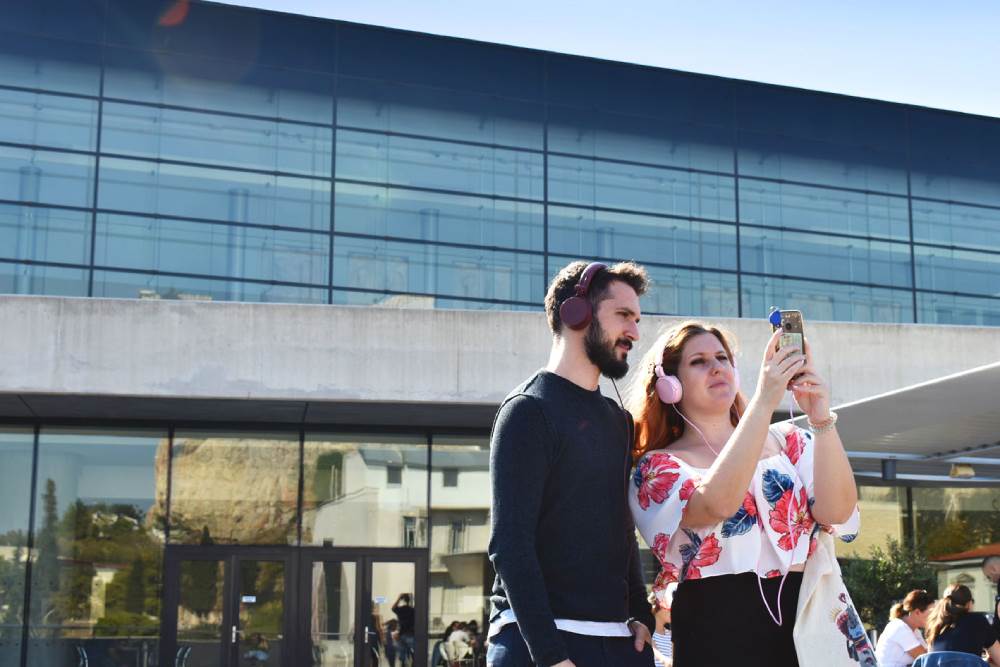 10. What materials were used to build the Parthenon?

Its massive foundations were made of limestone. The temple is constructed of Pentelic marble in its entirety, a material that was utilized for the first time.

11. How many assembled parts does the Parthenon have?

Were one to count the marble parts used for the Parthenon’s construction, one would see that they add up to 16,500 marble members and 9,000 marble roof tiles, all of which were transported to the site from Mt Penteli, 20km (12,5 miles) away.

12. Why was the Parthenon so important?

Built to dominate through the millennia, despite the earthquakes, the ravages of time, the lootings and bombardments and the damage pollution, Parthenon survived through it all.

The Parthenon was the greatest monument in the greatest sanctuary of the greatest city in classical Greece. It was the central repository of the Athenians’ very lofty conceptions of themselves. It was the physical, marble embodiment of their values, of their beliefs, of their myths, of their ideologies. Yet, scientists still haven’t figured out completely how the Greeks managed to create something so perfect, all by hand.

13. What is depicted on the east pediment of the Parthenon?

The sculptural arrangement depicts the moment of Athena’s birth. According to Greek mythology, Zeus gave birth to Athena, after a terrible headache prompted him to summon Hephaestus’ (the god of fire and the forge) assistance.

14. What was the Parthenon used for?

First, the temple was built as a monument to Athena, and therefore a statue of Athena was built and kept inside the Parthenon. Second, it was also a part of the state treasury.

15. What is the symbolic meaning of the Parthenon?

The Parthenon was an expression and embodiment of Athenian wealth, and it was a symbol of Athenian political and cultural preeminence in Greece in the middle of the fifth century. It was larger and more opulent than any temple that had been constructed on the Greek mainland before 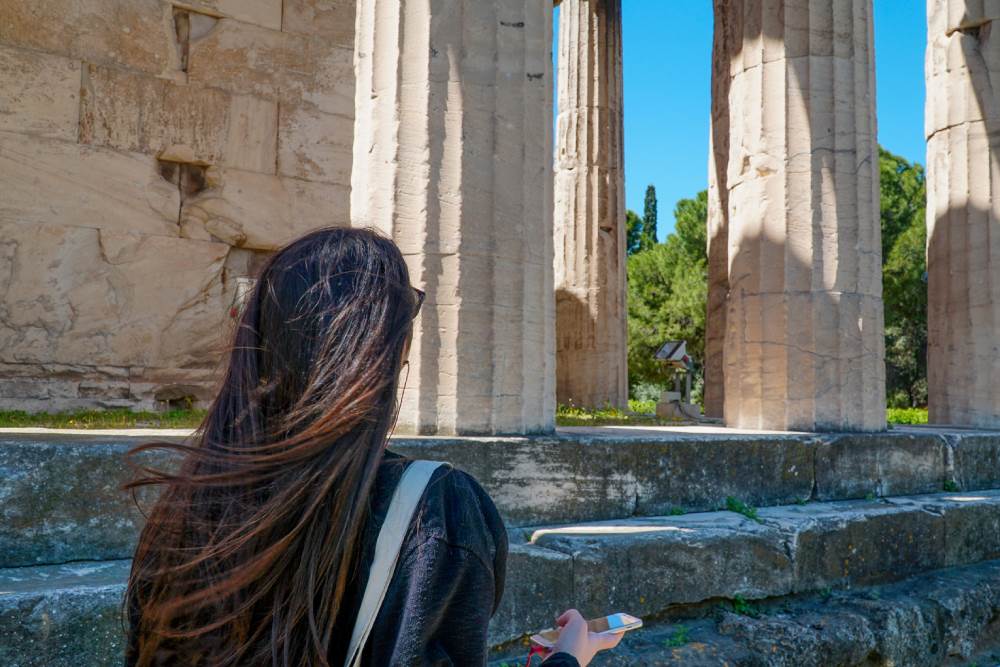 16. What are triglyphs and metopes?

Triglyph is an architectural term for the vertically channeled tablets of the Doric frieze in classical architecture, so called because of the angular channels in them.The rectangular recessed spaces between the triglyphs on a Doric frieze are called metopes.

17. What does the frieze depict?

The traditional interpretation of the Parthenon frieze is that it depicts, in some sense, a Panathenaic procession, part of the festival of the same name celebrated each year on the occasion of Athena’s birthday.

18. Who destroyed the Parthenon?

The Parthenon became a church in the 5-6th century A.D. The Christians destroyed many sculptures for depicting pagan symbols. But the most extensive damage in the history of the Parthenon was the result of Morosini’s bombardment on the 27th of September 1687, during the siege of the Acropolis by the Venetian army.  A mortar bomb went through the roof and ignited the gunpowder stored inside the temple. The monument was cut in half and 28 of its 50 columns collapsed. The removal of 60% of the surviving sculptures by Lord Elgin completed the Parthenon’s destruction.

19. Who stole the Elgin marbles?

Elgin took advantage of Ottoman rule in Greece to remove and subsequently smuggle out of Greece parts of the Parthenon’s sculptural decoration. He cut them out with a saw so that he could take with him only the parts he wanted, causing the monument even greater damage. In the end he removed and took 18 pediment sculptures, 15 metopes and 56 frieze blocks. He then purchased a ship to transport them, but the vessel sank southwest of Kythera on September 7, 1802. Elgin hired divers to raise the sculptures, a very difficult task at the time that took 3 years and costed a fortune. The British Government purchased the marbles from him in 1816. They’ve been housed at the British Museum ever since. Greece considers Lord Elgin’s agreement with the Ottomans dubious at best.

20. Where are the marbles now?

Of the 97 surviving blocks of the Parthenon frieze, 56 are in Britain and 40 in Athens.
Of the 64 surviving metopes, 48 are in Athens and 15 in the British Museum.
Of the 28 preserved figures of the pediments, 19 are in London and 9 in Athens. 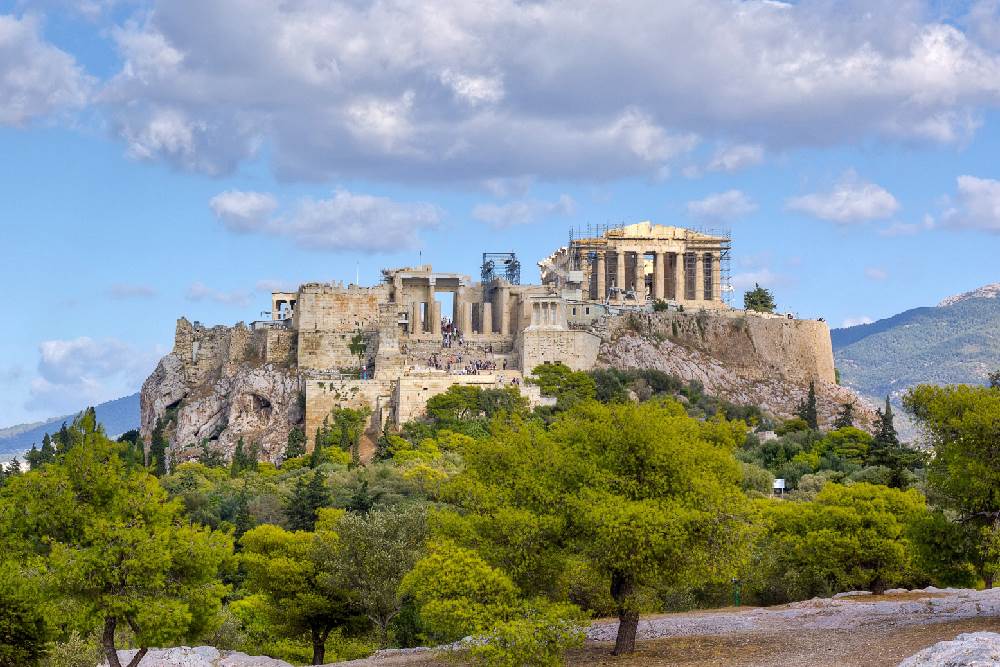 The Parthenon Marbles, which are exhibited at the British Museum, make up approximately 60% of the Parthenon’s surviving sculptural decoration. The remaining 40% can be found in Athens, at the Acropolis Museum.

21. How many years did the restoration and conservation process last?

The restoration work is a process that has been done for 30 years and is still ongoing.

22. How can I avoid the long ticket lines and delve into the past of the Acropolis at my own pace?

Clio Muse has got you covered! Check out our skip-the-line ticket and audio tour combo and enjoy an unmissable experience in the Acropolis through an engaging storytelling concept!