Topkapi Palace is the largest and oldest palace in the world to survive to this day and the depository of many treasures. Among them, one of the biggest diamonds in the world, the most sacred relics of Islam, a map with the first depiction of America, excellent quality Chinese porcelain, rare Islamic gilded miniatures and Calligraphy samples of many Muslim Asiatic Empires.

A monument which is a point of reference for the Islamic world, but also with so many influences and interaction to the Western Europe of its time, standing on a crucial location that connects two continents, Asia and Europe. A perfect blend of early modern Muslim, Middle Eastern, Asian and African architecture and decoration. You can observe the evolution of the buildings from small size 15th-century chambers, a projection of the sultan’s nomadic tent in Anatolia, to European style 18th-century pavilions.

It is the palace, where silence and control were dictated by codified behavioral rules. Its architecture depicts the extreme seclusion of the women and of the successors to the throne, which led to their mental instability, in some cases. It is an awe-inspiring place that has been witness to countless terrible tortures and executions.

Topkapi Palace or the Cannon Gate, in its literal meaning, was one of the largest palaces of its era, and for 400 years, it was the political center of the Ottoman empire and its centralized bureaucracy. It was first built in 1460-70s by Sultan Mehmed the Conqueror on an imposing spot, a peninsula above the sea, where the Byzantine Palace was located, as well.

Throughout this period, each one of the 36 sultans added a different section or hall to the palace, depending on their taste or on the needs of the time. Therefore, the palace is formed by a maze of buildings centered around a series of courtyards protected by different gates, like a ‘’nesting doll’’. Thus, it became gradually a ‘’city within a city’’. It was inhabited by the Royal Family, thousands of Imperial officials and servants, between the 15th and 19th centuries, when the Ottoman dynasty’s members moved to the Dolmabahçe Palace.

The principle of imperial seclusion regulated the rank order of court officials, the administrative hierarchy, and the ‘’Book of Ceremonies’’ regulated protocol issues. This was also reflected in the construction style and the later architectural arrangements, after the many calamities the palace experienced due to natural disasters.

While visiting the Topkapi Palace, a typical example of an early modern Islamic palace with small spaces and chambers, relatively to palaces of later eras, like the Dolmabahçe; it is hard to imagine that a few thousands of people resided there. There were originally around 700 – 800 residents in the Palace, but during the centuries this number dramatically raised to 5,000 during normal days, and approximately 10,000 during festivals. Amongst these, the Janissaries –the Ottoman military units- were the biggest part of the population who were based within the first courtyard of the palace. The walls surrounding it were about 5 kilometers (around 3 miles) long. The palace used to have around 700,000 m2 of the area during the foundation years, but it currently has only 80,000 m2 of it because of the building constructions on its grounds, towards the end. 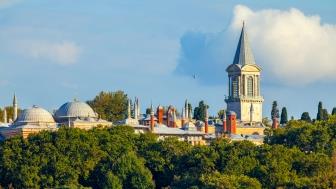 Put on your headphones and get lost in the maze of buildings, exploring the Seraglio Harem, the Ottoman Kitchen and Confectionery, the Audience Hall and the Sultan’s Private Garden. When in Istanbul, Topkapi Palace is a worth living experience, listening to original stories and diving into its secrets. 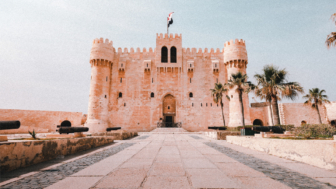 The many seasons of Alexandria
How does someone go about getting a feel about an unfamiliar city? Especially one as historical and multifaceted as Alexandria? Most western visitors may receive their first introduction to the charms of this metropolis through the incomparable poetry of Constantine Cavafy or the evocative novels of Lawrence Durrell. However, for those able to access Arabic […]
Read more 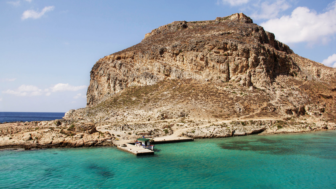 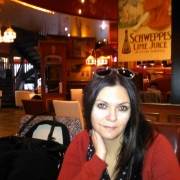 Visit Gramvousa and feel like a pirate.
Would you like to feel that you are at the world’s edge, surrounded only by the sea and the sauvage landscape? In that case, Gramvousa is the right place for you. The islet is located on the northwestern part of the island, especially northwest of Kissamos, in the Gramvousa Peninsula. Two islands, one name: Actually, two […]
Read more 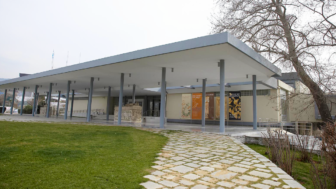