Thessaloniki is a city with a long history stretching back almost 2400 years. It has been a colorful mosaic of people, cultures, and beliefs throughout the ages and is still expanding, adding tiles day by day and hour by hour. It’s s a great challenge to explore, discover and learn the entirety of the city’s past and its people’s tales for its residents and visitors. But if you are willing and brave enough to take up the challenge, I promise you won’t regret it.

The rest of this blog refers to you, the curious and restless who have decided to discover and understand the Nymph of the Thermaic Gulf.

Like in every good story, you must start from the beginning. You must discover the context that founded the city, and for that, you must “dig” deep into the history and prehistory of the Macedonia area. And what better way to start than following the tracks of the first people who inhabited this place? To do so efficiently, your first stop should be the Archaeological Museum of Thessaloniki. 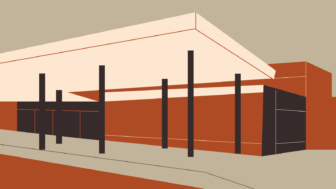 Archaeological Museum of Thessaloniki: the guardian of history
Audio Tours
11,99€


The museum’s exhibitions present excellent choices for where to start exploring the area’s history.

The main exhibition titled “In Macedonia from the 7th c. BC until the Late Antiquity,” you can follow a series of artifacts from the area of Macedonia narrating immersive stories about tombs of old kings, about wars, and a king’s need for men capable of fighting, about ancient games and their playful rules, about a great road that connected Rome to the city of Byzantium, of famous vase painters of antiquity and, of course, about the favorite myths and gods of the Macedonians.

This path will eventually lead you to witness the city’s creation. The exhibition “Thessaloniki, the Metropolis of Macedonia” is dedicated to showcasing the city’s history from the day it was founded. You can learn about the history of the young princess Thessaloniki, how she gave her name to the city, how the city was formed and organized, and where its temples were where even Egyptian gods were worshiped. You will find examples of how ancient Thessalonians decorated their homes, what burial customs they held, and some unique artifacts of high craftsmanship. The city’s vital location made Thessaloniki an important harbor throughout history, and the exhibitions have some exciting stories to tell about how even Roman emperors were fascinated by the city. I just remembered that I should mention the story about a whole archaic temple that was transferred from the city’s outskirts within the city walls to appease an emperor.

The abovementioned route is one of your choices but are you curious and want to delve even deeper into history, to prehistoric times? Then I recommend you go to the museum’s lower floor and begin with the exhibition “Prehistoric Macedonia.” There you will see remnants of the first hominids found in Macedonia, followed by a fossilized skull of a long-lost ancestor of humans. You will see how prehistoric societies treated their dead and hoarded valuable items; you will find examples of complicated head surgeries.

Whatever route you choose, you must not miss the opportunity to visit the “Gold Of the Macedon” exhibition right after the archaic temple. There you will see the true masterpieces of the Macedonian metalworkers; the museum has, after all, the greatest collection of golden wreaths in the world. But gold master-crafted artifacts are not the only highlights hidden in the dark rooms of this exhibition. Every turn is a surprise, and as you explore, you’ll come across a variety of unique objects like a grave with painted decoration that depicts a woman’s room, a crater used as an urn that is considered the highlight of the museum (you’ll see why) and finally the scorched remains of a papyrus considered to be the oldest book Europe.

And is that all?

The Archaeological Museum of Thessaloniki always hosts interesting periodic exhibitions you can visit, and I assure you that after leaving the museum, you will feel that the experience was more than a full feeling.

And this is the point where I take my leave. You are now on the right track to discovering the city’s history on your own. But believe me when I say that you won’t be all alone; many people and places in this city long to tell you their stories about the Byzantine and Ottoman times, the Balkan wars, and today.

Because as we said before, this city’s mosaic tiles are placed day by day, hour by hour.