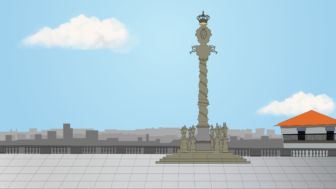 Cathedral of Oporto: The heart of Porto

Cathedral of Oporto: The heart of Porto

More than just a witness to history, the Cathedral of Porto is a major  actor in the city’s narrative. A place of legends and artistic imagination, it sits at the heart of the city’s historical centre. Discover the secrets and architectural details that hide behind – and on – its walls!

Waltz in the Oporto Cathedral with a self-guided audio tour on your phone designed by an accredited expert. Listen to fascinating stories, based on an award-winning storytelling concept, and gain great insights into the most iconic landmark of Porto. Start your tour from the Terreiro da Sé and continue on to discover the The Western Façadel before going in to get fascinated by its amazing treasures.

This is an unmissable opportunity to experience at your own pace the Oporto Cathedral with a captivating audio tour on your phone.

* * The Oporto Cathedral has no entrance fee. However some parts inside the Cathedral might have an admission fee. The entrance tickets are not included.

Once called Pena Ventosa, or Windy Cliff, the first pre-Roman settlements of the city were built here. The first foundations of the Cathedral date back to the 6th century, when the Episcopal See was first transferred from Lousada to the city of Oporto, and the Suebi built the first defensive wall that surrounded the hill. Although at first a humble chapel was constructed on the ruins of a pre-roman temple, efforts were made to expand it, but by the 8th century, the arrival of Islamic forces halted its construction. Efforts to build a Cathedral would be repeatedly hindered as the attacks proceeded, until finally, in the 11th century, after driving Islamic forces out and the diocese was officially reinstated, the first Cathedral was built, just a little south from where it stands today. 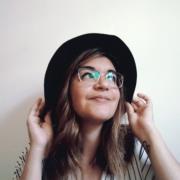 Ana is an art historian, tour guide and creative writer from the city of Almada, Portugal, with a Bachelor Degree in Art History and a Post-Graduate Degree in Museum Studies. She has collected an assortment of random facts about the country and is glad to share them with the world.

There is no meeting point. The self-guided audio tour is designed to start at the entrance of the Oporto Cathedral (Terreiro da Sé, 4050-573 Porto, Portugal). The easiest way to get there is by the bus station L.go 1º Dezembro (4000-160 Porto, Portugal), and then walking 200 meters towards the Cathedral.

Admission fees are not included in this product 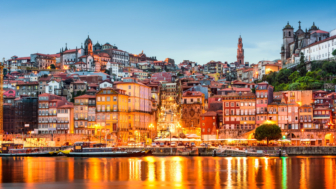 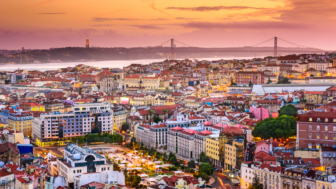