Alexandria: The Bride of the Mediterranean

Alexandria: The Bride of the Mediterranean

Alexandria is the largest city on the Mediterranean, the 3rd largest city in Egypt, 1 of the 7 Wonders of the Ancient World and of the Middle Ages, a powerhouse in antiquity, a major centre of early Christianity, and an important trading centre. But is also a city full of stories celebrating humanity’s indefatigable spirit of noble achievement.

Waltz in the city of Alexandria with a self-guided audio tour on your phone designed by an accredited expert. Listen to fascinating stories, based on an award-winning storytelling concept, and gain great insights into the most iconic landmarks of Alexandria. Start your tour from the Citadel of Qaitbay and continue to meet the Al Mursi Abu Al Abbas Mosque, get acquainted with the Eliyahu Hanavi Synagogue, and be fascinated by Pompey’s Pillar.

This is an unmissable opportunity to experience at your own pace the city tour of Alexandria with a captivating audio tour on your phone.

In the middle of the thirteenth century, non-Arab manumitted slave soldiers (known as mamluks) took power after the death of the last Arab Ayyubid ruler of the medieval Sultanate of Egypt. The Mamluks gradually grew in strength and expanded east and west, offering Egypt a long period of prosperity and stability. In the winter of 1468, Al-Ashraf Sayf al-Din Qa'it Bay (a slave of the ninth Mamluk sultan) became sultan and ruled for three decades. He was greatly admired as a defender of Islam and a patron of scholars (despite his humble background). He endowed his empire with countless hospitals, libraries, mosques, and caravanserais. Unfortunately, he was also forced to deal with many threats, including the plague that ravaged the population of Egypt, and the Ottoman Turks, who were a growing threat from the north. His desire to protect Alexandria made him build the citadel of Qaitbay.

There is no meeting point. The self-guided audio tour is designed to start at the Citadel of Qaitbay (As Sayalah Sharq, Qesm Al Gomrok, Alexandria Governorate, Egypt).

The easiest way to get there is on foot. 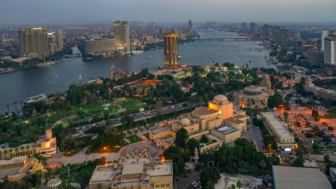 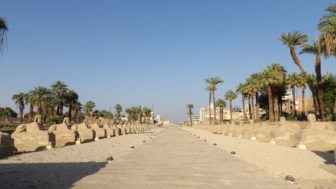