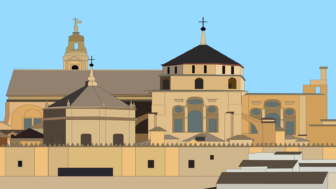 The Mosque-Cathedral of Cordoba: a unique coexistence

The Mosque-Cathedral of Cordoba: a unique coexistence

The Mosque-Cathedral of Cordoba has had many lives since its construction in 785: first as a mosque for almost 600 years in Muslim Al-Andalus, then as a cathedral after the Christian conquest and in modern times as a National Monument, a UNESCO world heritage site and to this day a place of intercultural and religious exchange as well as conflict.

Waltz in the Cordoba Mosque-Cathedral with a self-guided audio tour on your phone designed by an accredited expert. Listen to fascinating stories, based on an award-winning storytelling concept, and gain great insights into the most iconic landmark of Cordoba. Start your tour from the Outside of the Mezquita’s entrance and continue on to discover Puerta del Perdón before going in to get fascinated by its amazing treasures.

This is an unmissable opportunity to experience at your own pace the Cordoba Mosque Cathedral with a captivating audio tour on your phone.

* * The Cordoba Mosque Cathedral ticket fee is not included.

At the beginning of the 8th century, the Iberian Peninsula was ruled by the Visigoths, who had migrated from Italy to Spain in the 5th century and had already converted to Christianity from paganism. However, their rule came to an end in 711, when the Umayyad Dynasty conquered almost the entirety of Iberia. Yet by the middle of the century, the Umayyads themselves fell victim to a revolution in their homeland, with the last remaining Prince, Abd al-Rahman I, being forced to flee to Iberia. The Prince initiated the construction of this mosque in 785-786, as a foundational building of his new Kingdom, the Emirate of Cordoba. His successors expanded the building several times to accommodate the ever-growing number of worshippers, and largely followed the aesthetic of the original 8th-century building, resulting in a harmonic and consistent aesthetic within its Islamic parts.

Art historian and photographer, who is interested in the expression of identity in culture. When not deep down in books or working on a photographic project he is probably watching a trashy horror movie and finding a way to give it a queer reading.

Outside the Mezquita’s entrance of the Mosque Cathedral

The self-guided audio tour is designed to start Outside the Mezquita’s entrance of the Mosque Cathedral (C. Cardenal Herrero, 1, 14003 Córdoba, Spain). The easiest way to get there is by the bus station Puerta del Puente (14003, Córdoba, Spain), and then walking 300 meters toward the Cathedral.

The History of the Mezquita of Cordoba,The Entrance to the Courtyard, Patio de los Naranjos
The Prayer Hall of Abd al-Rahman I,The Development of the mosque in the 9th century and religious diversity,The Nave of the Mosque-Cathedral,The Choir Stalls

The Cordoba Mosque Cathedral ticket fee is not included. 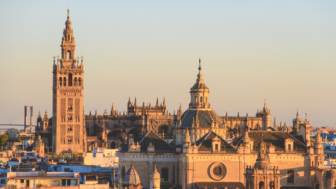 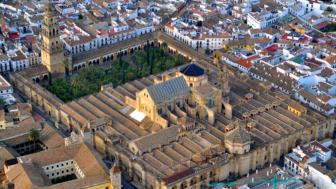