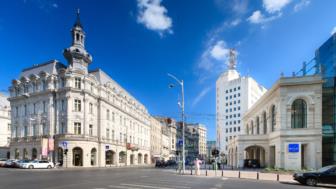 The Old Town: The Heart of Bucharest

The Old Town: The Heart of Bucharest

Uncover the best sights & stories in the oldest quarter of Bucharest. A city marked by many wars/occupations/fires/earthquakes/plagues & violent regimes, with plenty of interesting things to discover. Learn about the bloody times of Dracula, why Bucharest was regarded as the Paris of the East, and some of the most popular restaurants & dishes.

Waltz in the city of Bucharest with a self-guided audio tour on your phone designed by an accredited expert. Listen to fascinating stories, based on an award-winning storytelling concept, and gain great insights into the most iconic landmarks of Bucharest. Start your tour from Saint Anthony Square and continue to meet Manuc’s Inn, get acquainted with The Old Princely Court, and be fascinated by Calea Victoriei.

This is an unmissable opportunity to experience at your own pace the city tour of Bucharest with a captivating audio tour on your phone.

The legend of the city founder

Welcome to the Old Town. Dating back to the Middle Ages, it’s the oldest enclave of Bucharest. The city as we know it today is a metropolis of over 2 million people. However, back in the 14th century, it was an area covered by thick forests, green pastures and crossed by a small river, called Dambovita. According to legend, the river was so named after the daughter of Bucur, a local shepherd. One day, he was attacked by invaders who kidnapped his daughter, the beautiful Dambovita. Bucur, alongside some friends, bravely chased them for hundreds of miles, all the way to the frozen waters of Dnieper river. The captors tried to cross the icy river, but it shattered and they drowned. Fortunately, Bucur's daughter could swim, and she was pulled out of the icy water. After returning home, to honor his courageous deeds, the place where Bucur lived was renamed after him - Bucuresti - the city of Bucur.

My name is Adina and I am working as a full-time tour guide in Romania. Bucharest, the city where I live, constantly awes me thanks to its past, architecture, culture and people. That’s why I want to share this feeling with all those who visit.

There is no meeting point. The self-guided audio tour is designed to start at the  Saint Anthony Square (Piața George Enescu, București 030167, Romania)

The easiest way to get there is by reaching the Bd. Nicolae Bălcescul bus stop (Strada C. A. Rosetti, București, Romania) which is 260 meters from the square. 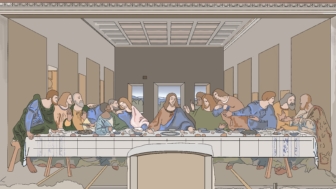 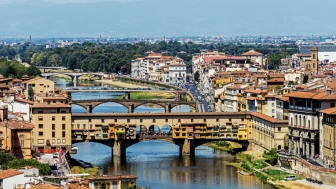