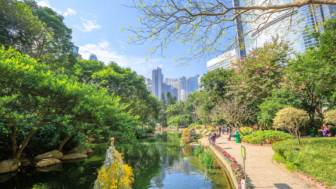 The tour will take you on a fascinating cultural quest as stop by stop, it shall peel off the layers of history that make up the unique identity of Hong Kong; a journey stretching across time, from the colonial period to the Qing Dynasty. Complex and diverse, the city is a melting pot of cultures; time to unlock its secrets!

Waltz in Hong Kong with a self-guided audio tour on your phone designed by an accredited expert. Listen to fascinating stories, based on an award-winning storytelling concept, and gain great insights into the long and fascinating history of Hong Kong. Start your tour from Hong Kong Park, one of the landmarks of the city and a true oasis in the centre of it, and then continue to explore the best sites of Hong Kong, feeling like a local. This is an unmissable opportunity to experience this fascinating city at your own pace and find out the hidden corners of it  with a captivating audio tour on your phone.

* * Ticket/entrance fee to the museums or other attractions and monuments  is not included.

80,000 square meters of lush greenery now cover this space, once known as Cantonment Hill. In 1841, the British colonial forces built the Victoria Barracks, one of the 1st British military compounds in Hong Kong. Hong Kong would be a British colony, part of the larger British Empire, from 1841 to 1997, creating a society, segregated between Europeans and Asians, that followed the British cultural norms, such as teatime. As you wander around the city, you will see many historical buildings, such as Cassels Block, Wavell House, Rawlinson House, and Flagstaff House. Some of their typical elements are the Greco-Roman columns, the white colour and the flat-fronted wood shuttered windows that can be found throughout former British colonies in Asia. This park also features extensive greenhouses, an aviary, and a tai chi garden, where many people practice tai chi amongst the pavilions, usually in the mornings. This is a practice more than 2000 years old that originally developed as a martial art and today is recognized with several health benefits associated with longevity. 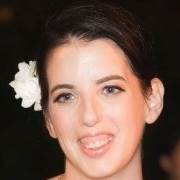 Rebecca, an archaeologist, and anthropologist, who has lived in Hong Kong for over 13 years. From her favorite BBQ pork place to lion dances, she loves exploring the cultural heritage of Southeast Asia and sharing the unique charms with visitors

The self-guided audio tour is designed to start at Hong Kong Park. The easiest way to get there is by metro (MTR Tsuen Wan Line, South Island Line or Island Line, get off at Admiralty Station).

Please consider that admission fees for the museums, attractions, and monuments are not included. 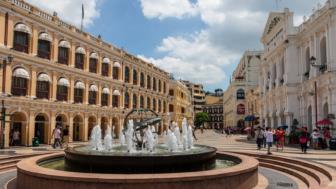 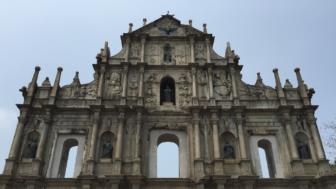