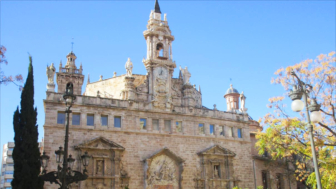 The Royal Parish of the St. Johns: A Valencian Survivor!

The Royal Parish of the St. Johns: A Valencian Survivor!

A true example of human tenacity and resilience, the Royal Parish of the St. Johns is a veritable example of how far people will go to rescue their heritage! Throughout the years it suffered four devastating fires, with each reconstruction leaving its distinct stylistic mark. Time to see how they all make beautiful music together…

Waltz in the St. John’s Church with a self-guided audio tour on your phone designed by an accredited expert. Listen to fascinating stories, based on an award-winning storytelling concept, and gain great insights into one of the most iconic landmarks of Valencia. Start your tour from The Facade from Plaza de Brujas and continue on to discover The Southern Facade, and Plaza del Mercado, before going in to get fascinated by its amazing treasures.

This is an unmissable opportunity to experience at your own pace the San Juanes Church with a captivating audio tour on your phone.

* * The San Juanes Church entrance tickets are not included.

The Church of Pickpockets

In its earliest form, the church was built in 1245 on top of an old mosque. It was initially solely dedicated to Saint John the Baptist, but soon after it was also devoted to the worship of John the Evangelist. It seems though that it is also known among the locals under the nickname "la Iglesia de los pillos", meaning "the church of the rogues". Why so? The appellation goes back to post-war Spain when pickpockets from the surrounding market area used to hide here among the crowds of worshippers. 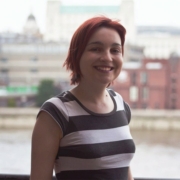 The Facade from Plaza de Brujas

The self-guided audio tour is designed to start at The Facade from Plaza de Brujas (Plaça del Mercat, s/n, 46001 València, Valencia, Spain). The easiest way to get there is by reaching the Mercat Central bus station (46001 Valencia, Spain).

The tour ends at the entrance of the Church.

The San Juanes Church entrance tickets are not included. 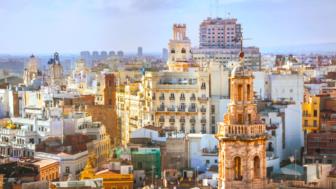 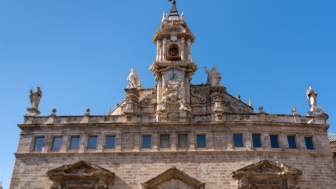 Skip-The-Line with an e-Ticket for the Church of Saint Nicholas and the Royal Parish of St. John and enjoy an audio tour of the city of Valencia
Skip the Line Tours
From: 26,00€ per person