Experience the National Archaeological Museum at your own pace with a skip-the-line e-ticket and a fascinating self-guided audio tour on your smartphone.

Receive your ticket by email, download the app and the audio tour on your phone, prior to your visit, and travel back in ancient times to admire masterpieces from different antique periods housed in the National Archaeological Museum.

Put on your headphones and discover the mask of Agamemnon, the Mycenaean bull,the bronze statue of Zeus or Poseidon, and the horse rider, through the power of storytelling and learn historical information and uncommon stories and anecdotes from the ancient times. Tour’s content is the result of in-depth research, squeezed into brief original stories that will make your visit both engaging and informative. The audio tour can be used repeatedly and anytime, before or after your visit.

This is an unmissable opportunity to gain valuable insights into the ancient greek art and society and relate to the exhibits in an entirely original way.

The marble statuette that we encounter here belongs to one of the most ancient cultures that flourished in Europe in the 3rd and 2nd millennia, during the Bronze Age. The Cycladic culture, as clearly indicated by its name, came to rise in the region of the Cyclades, the rocky islands scattered in the heart of the Aegean Sea, forming an invisible circle around the sacred island of Delos. The mild climate and their central geographical location, where the East meets the West and the sea routes connecting mainland Greece to Crete merge, fostered the commercial, economic and cultural growth of the Cyclades. The most typical works of art produced by the Cycladic people are the marble statuettes sized between 0.05 m. to 1.5 m., which have been unearthed for the greatest part in excavations in burial grounds, while others were found in houses and shrines. The material used is mostly marble, which was available in abundance in the Cycladic land and could then be chiseled with various tools made of bronze. Distinctively shaped, bearing few details and evoking a primitive simplicity, the Cycladic statuettes cast a spell over artists, thousands of years later, as evidenced in the work of Picasso, Matisse, Moore, and Giacometti, who sought in abstraction a way to reinvent in Modern Art the primordial plasticity of form.

There is no meeting point. The self-guided audio tour is designed to start at the entrance of the National Archaeological Museum (44, Patission St., 10682, Athens). The easiest way to get there is by metro (Omonoia or Victoria station).

The easiest way to get there is by metro (Omonoia or Victoria station).

The tour ends at the entrance of the museum. 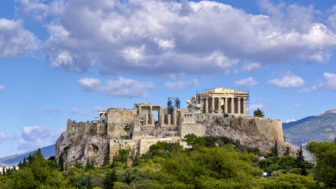 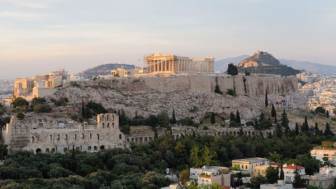 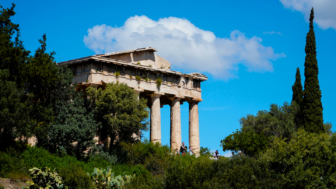